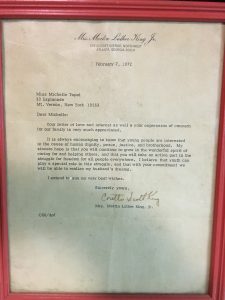 I have had this letter either in my office or my home since I was a kid.  Every so often I look and reflect on it; as a piece of personal and social history. Given what is finally again being discussed openly in the media, this letter seems sadly still very relevant.

This letter is one of two I received from Coretta Scott King, in response to my two correspondences to her when I was a little girl.  My first letter, which this is in response to, was written to Mrs King after I’d seen a documentary on her husband, Martin Luther King.  It was a documentary about his vision, civil rights and his assassination.  I grew up with parents who were social workers and participated in social action. My mother, in particular, talked openly to me about civil rights for people of color (as well as native people of this country, who my mother felt very passionately about…but that’s a whole other article), her objections to the war in Vietnam, feminism and her participation in marches in support of these social movements. My mother didn’t just talk about her commitment to civil rights and social justice, but I would see her stand up for the oppressed every chance she got and openly and proudly encouraged me to do the same.

Throughout my childhood, my mother talked vehemently and often about her concerns about fascism growing in this country. She shared with me her fears that by teaching children to be obedient and not question authority, that it would not create citizens who would have a voice and raise that voice to speak out against bigotry and injustice. My mother did not only talk about these things, but modeled these things as she taught me to advocate that girls should be allowed in shop class or to not stand at a school assembly when the Green Beret song was being played as we were learning about the atrocities committed in Vietnam. My mother’s fears were understandable and had history and experience behind them (which she also shared with me). My parents grew up during World War II and were first generation in this country. Our family came to this country fleeing the rise of the Nazis in Eastern Europe. As Jews that lost all of their family that remained in Poland, Russia and then Lithuania, my mother and her family were very attuned to what can happen when bigotry, fear and a lack of questioning of power and authority become pervasive.

So, I was a budding social worker myself and writing the letter that prompted this response from Mrs King, and the subsequent letter (which my mother lost years ago), were nothing new in my household. The letter I wrote to Coretta Scott King was as much a representation of a child’s passion and optimism, and compassion for loss and social injustice, as much as it was a love letter to a mother who encouraged me to care and speak out. So, getting a response and having these words of encouragement from Coretta Scott King, have always been a source of pride and inspiration, as well as a reminder of what inspired it in my own childhood. As a young person, Mrs Kings sentiments were extremely meaningful, and as an adult they are words I would use myself to inspire other young people to pursue their idealism and social action.

When I look at this, I am also saddened about how so little has changed in 44 years. These sentiments are no less relevant and the social context not much different than they were in 1972 when this was written. However, I am encouraged that other young people (and some not so young) are using their voices to speak out against racism, homophobia, other forms of injustice and bigotry, and continue to advocate for equality and justice for all. Allowing equal rights to “life, liberty and the pursuit of happiness” to all groups of people, does nothing to diminish the rights of those who already have those privileges. And I would argue, by denying those rights to all groups, we jeopardize the foundation of those rights for all of us and the peaceful fabric of our society, as Pastor Niemoeller wrote many years ago in the image one the left here.

Disclamer: The information contained in this blog is intended to educate, inform and entertain. This does not represent psychotherapy, therapeutic assessment, or any other form of therapeutic intervention. This should not be used as a substitute for consultation and treatment with a licensed mental health professional. If you have questions related to the material contained in this site please contact me or a licensed mental health professional of your choice. 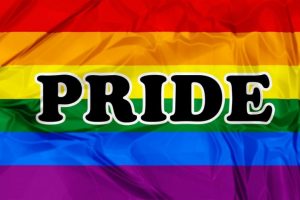 I have been the Advocacy Chair of the NC Society[...] 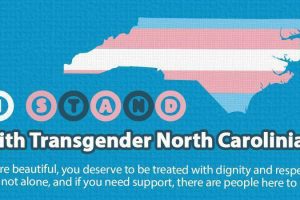 Your email is safe with us.

You are welcome to contact us by email. However, email is not secure, so we prefer if you give us a call to protect your privacy and confidentiality.

Type and press Enter to search